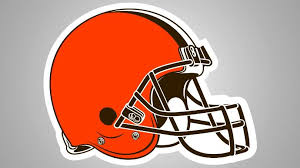 It seems like the time for losing is over in Cleveland since the Browns acquired former Giants wide receiver Odell Beckham Jr in the trading season. In that acquisition, the Browns gave up their first round, their second, their third, and safety Jabrill Peppers. Beckham will be adding to a stacked Browns team which features his best friend and college teammate, Jarvis Landry, quarterback Baker Mayfield, running back Nick Chubb, Kareem Hunt, and Antonio Calloway, and tight end, David Njoku. Two years ago, the Browns went 0-16. Last year, they went 7-8–1. This year, they’re looking to not only make the playoffs, which will be their first time in 17 years, but to also win the AFC North and also try to make a run towards competing for Super Bowl 54. Can they do it? We will all have to wait and see, but for now, they’re looking like a serious Super Bowl contender.